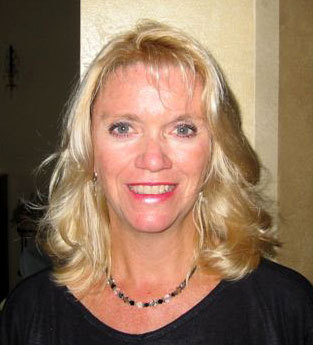 Growing Up
I was born Lisa Renée Guy on September 19, 1955 in Ft. Campbell, Kentucky. On that day I was given a certificate proudly acknowledging my birth under the flag, which encouraged me to appreciate the ancient and honorable title of being an “Army Brat.” By the time I was five my parents, George and Nancy Lynn Guy, were stationed in Kentucky, Tennessee, Georgia, and California. With my younger brothers, Colin and Roland, my school years included living in Italy, Germany, Missouri, Florida, Oklahoma, Kansas, and Virginia. Three separate times during my youth we experienced 'hardship years' as my dad was on active duty in Korea, Viet Nam, and Laos.

Although my early life was very mobile, I established roots by keeping in touch with family and friends through letter writing. Reading children’s books was another constant. I loved nursery rhymes, Dr. Seuss books, Charlotte’s Web, and A Wrinkle in Time. One summer I devoured the entire series of Nancy Drew books.

I graduated from Fairfax High School in Fairfax, Virginia in 1973 and then received a BS degree from the University of Tennessee at Knoxville in 1977. Although I never really knew what I wanted to be or do when I grew up, my favorite course at UT, children’s literature, planted a seed of desire to write children’s books.

Family Life and the Light Bulb Moment!
In 1977, my high school ‘sweetheart,’ Jerry Mallen and I were married. Three children later, Tommy (1981), Cayce (1983), and Tara (1986), my time was devoted to our family. I read constantly to the kids and enjoyed volunteering at their schools.

Whenever children’s authors and illustrators visited their schools, it was like a magnet pulled me to go see and listen to them, too. One day in 1988, author and illustrator Megan Lloyd came to Tommy’s 2nd grade class at Green Ridge Elementary, in Mechanicsburg, Pennsylvania to show how she illustrated Farmer Mack Measures His Pig. That was my light bulb moment! The seed that had laid dormant since college suddenly sprouted. I had so many stories swimming in my head, that I vowed to do everything I could to get published and once that happened visit schools, just like Megan.

My Journey to Publication
I began writing my stories down, researched the children’s book industry and how to get published, and submitted dozens of manuscripts yearly to publishers. In 1990 I taught preschool while my youngest, Tara attended.

Then as VP of my children’s elementary school PTO, in 1991 I organized a visit by my high school classmate, Astronaut Pierre Thuot to our school district. His space shuttle flights included Atlantis, Endeavour, and Columbia. Our family watched the liftoff of Endeavour and the return of Columbia at the Kennedy Space Center. That's kind of when my PR work began and helped me in the future with promoting myself.

In 1993, Tara’s first grade teachers asked me to write a story for their students. I came in weekly to read while the kids illustrated their own version of The Little Lost Leprechaun, which then was bound for each.

In 1994 I worked as the storyteller in the children’s section of Encore Bookstore, with the sole purpose of seeing what books were out there and discovering where there was a need. That was the year R.L. Stine’s Goosebumps books flew off the shelves. I thought, “Aha! He found a ‘hole’ in children’s literature and is filling a scary need!” I wrote and performed puppet stories for the bookstore and once again organized another astronaut visit to the schools. The lessons I learned from coordinating Pierre’s visits between NASA and the school districts has proved valuable in marketing my own career.

Between 1996 and 1998 I honed in on my writing skills in Pittsburgh, PA by freelancing for the Pittsburgh Post Gazette and the North Hills News Record.

In 1999, in Naperville, IL I freelanced for Beanie Mania Magazine, a national magazine, made popular by the frenzy of Beanie Baby collectors. When that folded, in 2000-2001 I freelanced for The Naperville Sun. Can you imagine my delight, when my editor asked me to interview and write about R.L. Stine’s visit and book signing here?

Twelve years after my light bulb moment and hundreds of rejection letters, in 2000 I received a letter from Lobster Press in Canada. They selected my story, The Little Lost Leprechaun, from 800 submissions. Through revisions that story ended up becoming Elton the Elf, my first published picture book. A Canadian softcover version was published in 2000. The U.S. hardcover version was published in 2001. The Canadian book includes a couple Canadian holidays, while the U.S. book features the U.S. holidays.

Since publication, I’ve visited many schools, libraries, and bookstores in Chicagoland and nationwide.

For the past 23 years, I've researched the flamboyant blues legend, Buddy Guy with the hopes of publishing a book about him and the blues. (Although, we are not related, I truly do have an Uncle Buddy Guy who resides in Tennessee!) It should be noted that because of my research and interviews with his siblings, in 2005 I branched out to become Buddy's brother, Phil Guy's manager and booking agent. Phil and I were revising my Buddy Guy manuscripts to include Phil Guy, however Phil passed away August 20, 2008 from prostate cancer and complications from the terrible disease. He was diagnosed in January. Phil performed and lived the best he could through July of 2008. He was a real trooper.

I will move forward eventually with our plans on the book we were working on. It's been 13 years since his passing and my writing has taken a back seat to events such as our kids 3 weddings, births of 5 grandchildren, my husband's retirement, building a house, selling our condo unit, our move from metropolitan downtown Chicago, IL to living at Smith Mountain Lake in the Blue Ridge Mountains, in south western Virginia, to moving my mom from California to Virginia, and traveling.

My writing and stories expanded to include not only fiction, but non-fiction, biography, and chapter books.

At the beginning of 2011 I made a goal to self-publish one of my manuscripts. I thought what the heck, if I wait for a traditional publisher I could be waiting the rest of my life. I had several reasons for exploring the world of self-publishing. First, the economy - many publishers downsized or just went out of business, and laid off employees. Second, technology. With the rapidly expanding proliferation of Kindles, I-Pads, Nooks and E-books, I thought the time was ripe for someone like me to take advantage of this new technology. Third, the closing of bookstores like Borders. And fourth, with self-publishing one is in control of their product from beginning to end and beyond. And fifth, self publishing is not looked down on as is used to be. It's a whole new world out there. It's so exciting that I believed I could do it and that I did make it happen. My book "Joining Forces with Glory" was published right before Christmas 2011. I'm excited about promoting and marketing it. I've also published "Paige Persnickety's Purr-fect Pet." It is available now through Amazon.com, Bookstand Publishing. My talented daughter-in-law, Glendie Mallen, is the illustrator.